It is a piece of virtual reality in which we discover the figure of Miguel de Cervantes. his time, his travels, his thoughts, his works and some of the mysteries surrounding his life…

The short Still Shining, directed by the director of photography for Camino de Santiago 360º Ramón Verdugo, and produced by Iralta Films has won the award for Best Video art in the International Festival of cinema of Castilla la Mancha…

Camino360 º is the Winning app in the category "Destination guide" in the contest "The App Tourism Awards 2016" held from January 21, 2016 during FITUR in Madrid.

' Twist your world, turn your world ', a form of lead different, different live. Because turn to things is to understand that the world can be, sometimes, otherwise.

This is our last work done for the pantry and Microsoft.
Two parts interconnected with the premise: "Create Everywhere"
The first piece is a making of, of how two artists unite for the creation of an artistic project, aided by the technology of Surface Pro 3.

You can see the trailer for road 360º

The launch of the series scheduled for late January for IOS and later also for ANDROID.

We are working in post-production and the stiching of the Patagonia 360 ° video. We have worked with our 360 ° camera, amazing sunrises in the mountains, waterfalls and glaciers of Torres del Paine National Park in Chile and the Glacier National Park in Argentina.

They have been many joys that has given us "Creator: Las Brujas and the Inquisitor". During these three years, our animated short has been around the world several times, and has won more than 20 national and international prizes and has been selected to contest in more than 150 film festivals.

Alex O'dogherty & The Bizarreria – MAKING OF – NO HUBO MANERA

To celebrate more than 25,000 visits on Youtube the video clip "There was no way" Alex O´Dogherty and La Bizarreria there we leave the Making Of, who has also been very nice... 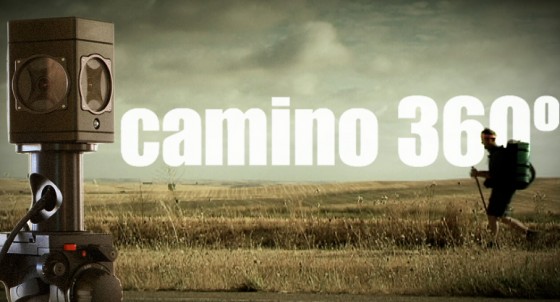 The camino de Santiago in 360 °! That's our next project. We have got the support of the Ministry of culture, with the granting of aid to increase the legal supply of cultural digital content on the internet and to promote the modernisation and innovation of the cultural and creative industries. Your you've enterao of something?