WE ALL ARE PARLIAMENT 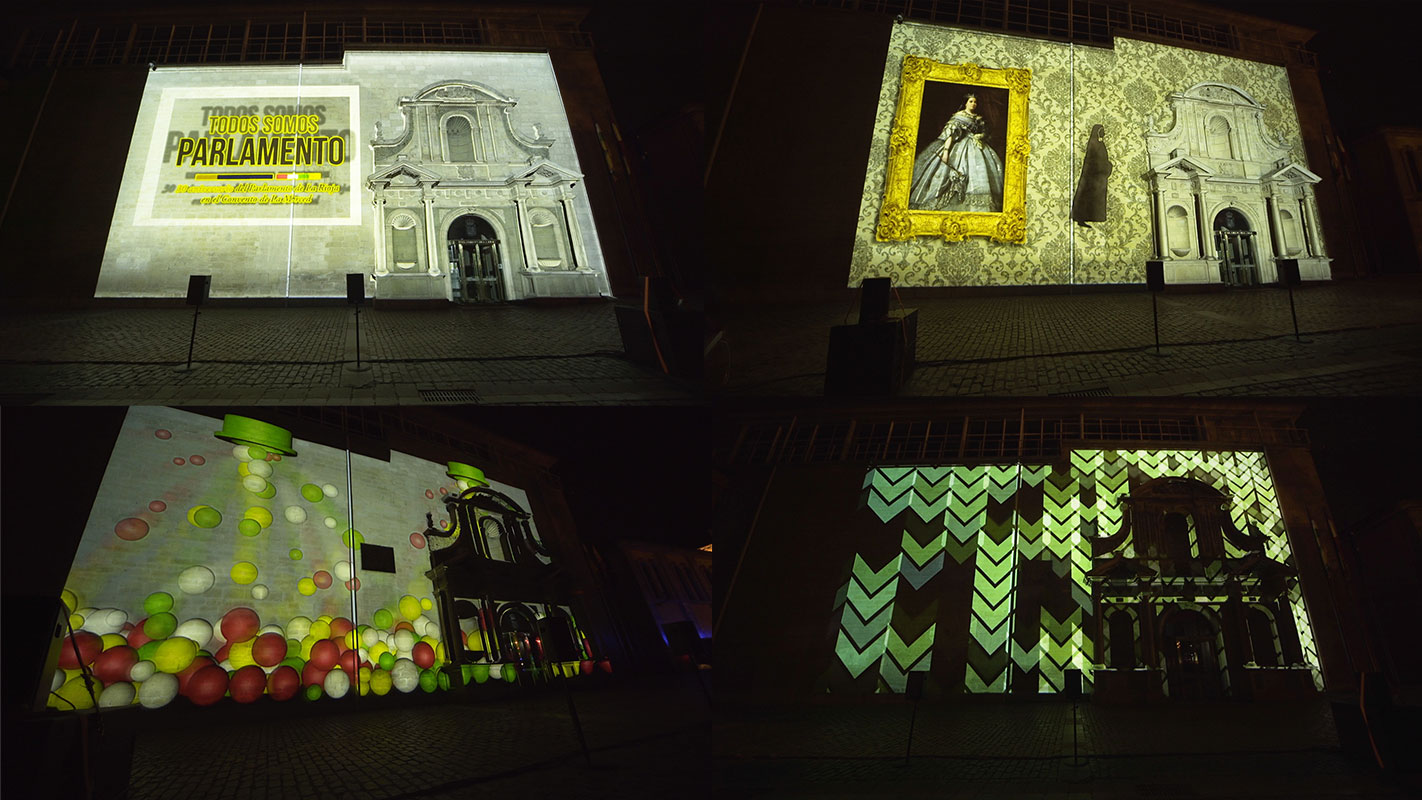 The exhibition 'We are all Parliament' celebrates three decades of the seat of the Parliament of the autonomous community of La Rioja in the old convent of la Merced.

In the exhibition, the visitor can travel virtually to the 19th century, when the building was used as a tobacco company. Through an interactive game of AR (augmented reality), created for Oculus Go, the user interacts with the rooms of the old factory by placing in the right place some archive photos on top of the current 360º images.

In addition to the virtual reality experience, the curators of the exhibition, Carlos Fuentes and Susana Baldor, commissioned us the realization of a video mapping with which the exhibit was inaugurated. A projection that filled with magic the façade of the old convent and that immersed the public in the history of the city, as well as in the different uses that the building had: church, convent, barracks and parliament.

For this video mapping we could count with the collaboration of Abel Baños and the 2EverLoops collective.