This new edition of the ACB Copa del Rey 2021 took place at the WiZink Center in Madrid.

LastLap and Nudo commissioned usfor the second time to create the visuals for the opening ceremony, which were projected on the 32-metre screen installednext to the basketball courts.

In this show the video images interact and move to the rhythm of the dancer'smovements and choreography of the dancer Juan de la Torre "Xak".

For the production of this video we have worked with different audiovisual techniques, one of them, "Mocap"motion capture,has allowed us to give life and rhythm to virtual dancers. On the "Mocap"set dance Elamedia Studios we captured Xak's breaking dance Xak in order to apply them to 3D models and create synchronized choreographies with 8 virtual dancers representing the basketball teams courts played in the final phase.

The shooting of scenes in slow motion on a chroma background complete the real images that are integrated into a wall of cubes and balls, shields, cities, courts and characters inspired by the "Tron" aesthetic and particles that react to the dance movements.

The evolution of choreography and the in in rhythm of the music by DJ Grottesqueand the soundtrack by The Lobby Studio accompany our dancer through different stages. Xak dances and moves through places that remind us of scenes from films such as: Tron, Star Wars, The cube or Singing in the Rain. 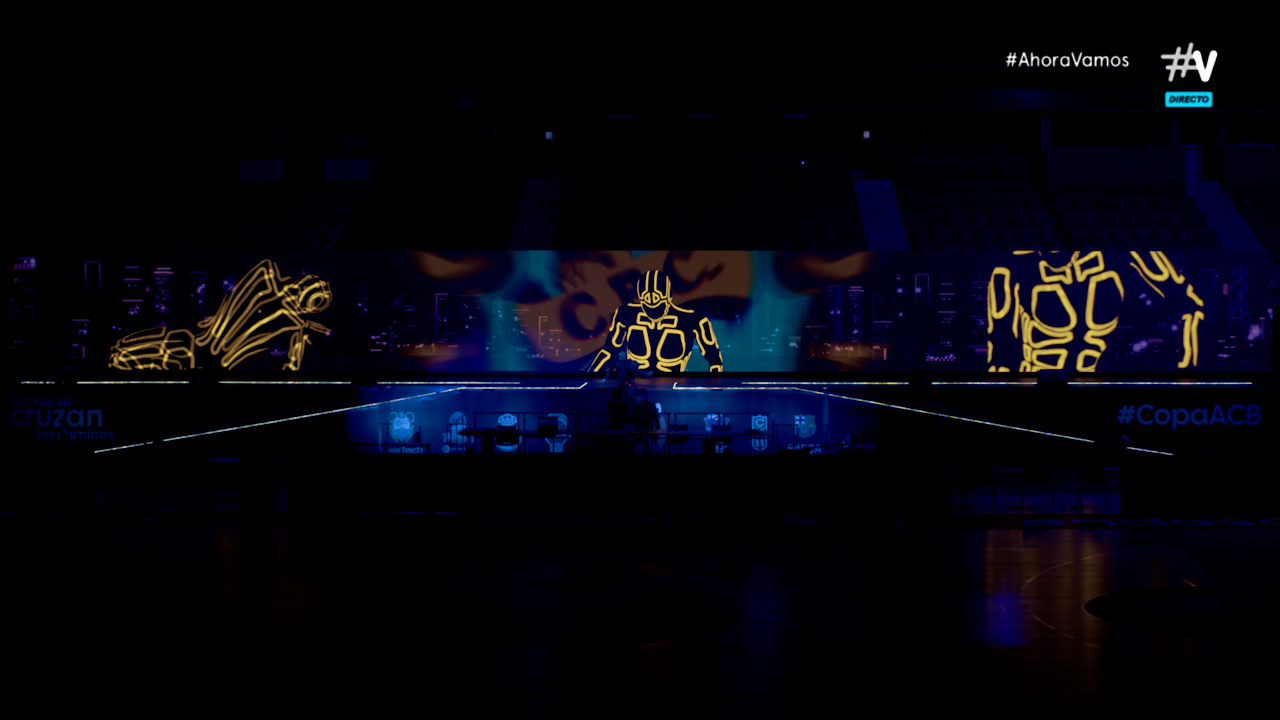 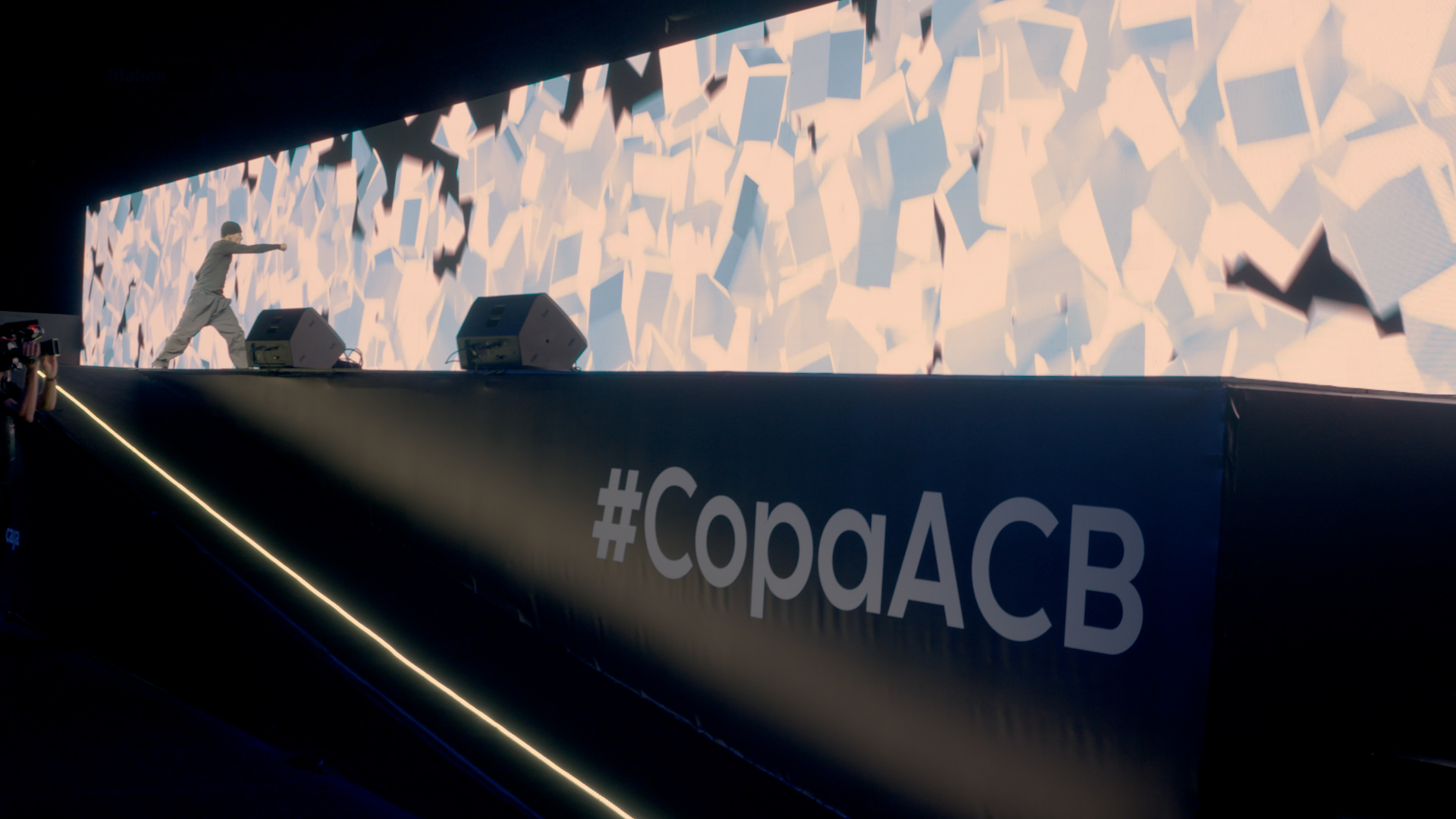 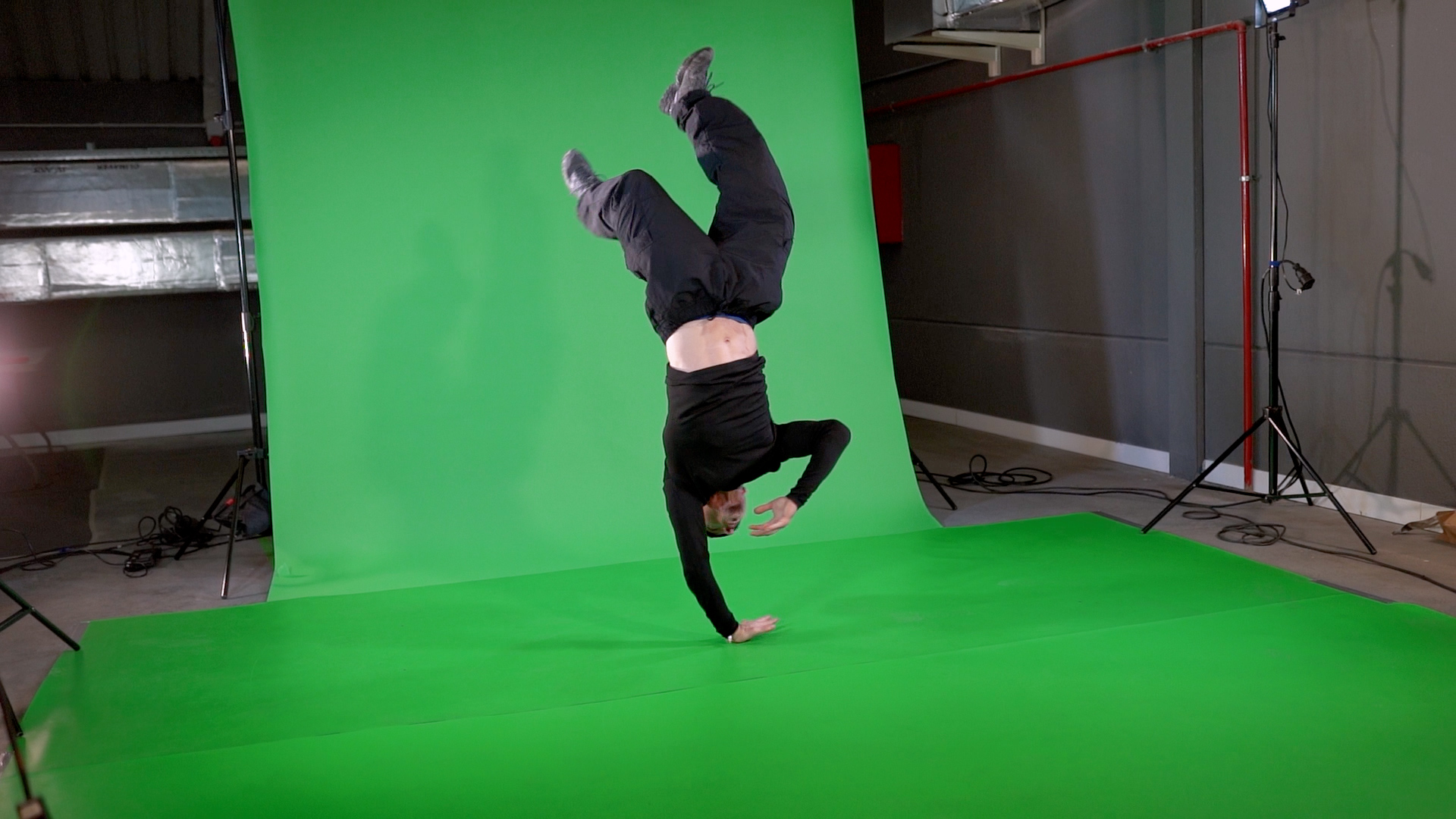